This Oreo Cheesecake is baked in the Instant Pot for a perfectly creamy texture and stuffed with milk’s favorite cookie for a simple, delicious treat!

What you need to make Oreo Instant Pot Cheesecake

While this cake should fit in a 7″ pan that’s 3″ deep and be cooked in a 6 qt. Instant pot or pressure cooker, I haven’t actually done that since I don’t have a 6 qt. If that’s what you’ve got, feel free to give it a try, but make sure to stay close by while it’s cooking! You wouldn’t want any filling to overflow and cause a burn issue.

As with any cheesecake, you’ll need a pan that you can remove from the cake, rather than dumping it out. While the traditional option is a springform pan, I actually prefer the cake pan with a removable bottom, as it can also be used for sponge cakes also. It’s also a more durable pan, since there are no moving latches and parts.

How to Make an Instant Pot Oreo Cheesecake

Other Recipes You May Enjoy:

This Oreo Cheesecake is baked in the Instant Pot for a perfectly creamy texture and stuffed with milk’s favorite cookie for a simple, delicious treat!

Begin by setting out all of your ingredient to bring them to room temperature. Set out an 8″ cake pan with a removable bottom (see notes).

Split about 20 Oreos and scrape the filling into a small bowl. Place the cookies in a plastic zipper bag, close it, and crush with a rolling pin until they are coarse crumbs.Melt the butter and stir in the Oreo crumbs until they are all moistened and clumpy–the mixture will still be crumbly. Press it evenly into the bottom of a cake pan and place in the freezer while you make the filling.

To make the filling, place the cream cheese and sugar in a mixing bowl. With an electric hand mixer, beat them together until the mixture is smooth and fluffy, about 5 minutes. In a small, separate bowl, beat the whipping cream and oreo filling from the crust together until it’s smooth and fluffy, about the consistency of soft whipped cream. Beat the Oreo and cream mixture, sour cream, and vanilla into the cream cheese. Add the eggs one at a time and beat in well after each addition. Roughly chop two cups of Oreos, then fold them into the cream cheese mixture with a rubber spatula.

Pour the filling over the frozen Oreo crust, smooth the top, then cover it with aluminum foil. Create a foil “sling” by folding a piece of foil that’s 22″-24″ long into thirds. Set the cheesecake pan over the center of it–the ends will be your handles to take the cake in and out of the pressure cooker. Pour 1 cup of water in your pressure cooker, place a trivet in it, then set the cheesecake on it using the foil sling handles.

Put the lid on the Instant pot, turn to seal, and cook on high pressure for 38 minutes. Once the timer has beeped, allow it to release pressure naturally for 10 minutes, then flip the valve to finish releasing the pressure. Once the pressure has finished releasing and the pressure pin has dropped, carefully remove the lid. Allow the cheesecake to sit in the pot for 30 minutes, then remove it to the counter for one-two hours, or until it has reached room temperature. Place it in the refrigerator and allow it to chill for 8 hours, though overnight is better.

Garnish with any topping you wish and serve! 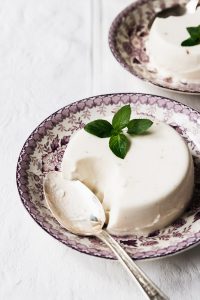 The Best Recipe for Panna Cotta 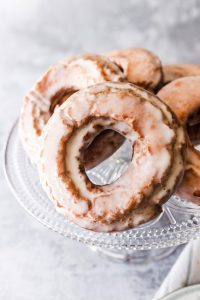 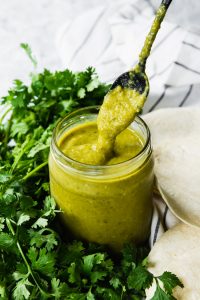